HOST of STRANGE THINGS on the COAST TO COAST AM

Warren starred on every episode of the Travel Channel's Paranormal Paparazzi

Warren has been a featured speaker at:

*The GhostFest on the Queen Mary

*The SCCS Conference on Cryptozoology

*and hosted the A&E Psychic Cruise

Plus many other major events . . .

"One of the great paranormal investigators of all time."
~George Noory, Coast to Coast AM

Joshua P. Warren was born and raised in the mountains of Asheville, North Carolina. At the age of 13, he wrote his first published book. Since then, he has published dozens more, including the regional best-seller, Haunted Asheville, Simon and Schuster's How to Hunt Ghosts, and his 2015 best-seller, Use the Force: A Jedi's Guide to the Law of Attraction, and is the president of his multimedia productions company, Shadowbox Enterprises, LLC.

His articles have been published internationally, and he has been covered by such mainstream media as CNN, Fox News, Popular Mechanics, The Wall Street Journal, Entertainment Weekly, Southern Living, Delta Sky, FATE, New Woman, The New York Times, FHM and Something About the Author; and made the cover of the science journal,Electric Space Craft. A winner of the University of North Carolina Thomas Wolfe Award for Fiction, he wrote columns for the Asheville Citizen-Times from 1992 to 1995. His first novel, The Evil in Asheville, was released in 2000.

An internationally-recognized expert on paranormal research, Warren was hired by the famous Grove Park Inn Resort to be the first person to officially investigate the Pink Lady apparition in 1995 (the same year he founded L.E.M.U.R. paranormal investigations, of which he is president).

Warren also led the expedition that captured the first known footage of the elusive Brown Mountain Lights, eventually resulting in scientific breakthroughs, via experiments Warren led in the lab, that help explain most of the lights and many mysterious, natural plasmas (such as ball lightning) that occur around the world.

His work has been praised by the Rhine Research Center, The North Carolina Center for the Advancement of Teaching (or NCCAT, for which he often gives presentations) and numerous scholars such as New York Times best-selling author Dr. William R. Forstchen, Dr. William Roll, Dr. Andrew Nichols, and legendary researchers such as NASA engineer Charles A. Yost, Oak Ridge National Laboratory engineer David Hackett, and authors/researchers Loren Coleman and Patrick Huyghe.

He starred on every episode of the Travel Channel's series, Paranormal Paparazzi, in 2012, and has made guest appearances on Travel's Ghost Adventures and Paranormal Challenge. In fact, he co-produced the Ghost Adventures Winchester House experiment, voted #1 experiment in the history of the show by fans.

He was a Technical Consultant and Behind-the-Scenes Assoc. Producer for Warner Brothers' 2012 feature, The Apparition, and he pitched and produced the History Channel's "Jack the Ripper" series in 2017 called American Ripper.

Warren is frequently asked to be a guest on radio shows around the world, especially Coast to Coast AM with George Noory (and the late Art Bell).

Warren is also an international award-winning filmmaker (including Hollywood.com's Top Underground Filmmaker of 1998), having worked on many sets, such as Warner Brother's My Fellow Americans, Universal's Patch Adams, Paradise Falls, Inbred Rednecks, Songcatcher, and Sinkhole.

For 15 years, until his travel schedule became too busy, Warren hosted a syndicated weekly paranormal program, Speaking of Strange, that aired Saturday nights from its flagship station, News Radio 570 WWNC in Asheville, NC, and was heard on both the Atlantic and Pacific coasts. It was rated no. 1 in its local region Saturday nights, reaching up to four states from the flagship alone, and streaming live worldwide on the internet. After years of hosting his independent podcast called Joshua P. Warren Daily, Warren now hosts the national, weekly podcast called Strange Things for iHeart Radio and Premiere Radio Networks on the Coast to Coast AM Paranormal Podcast Network.

Warren created and owns the popular, award-winning Haunted Asheville Ghost Tours. And in 2012, he was also hired by the city of Morganton, North Carolina, to author and design the first-ever walking tour in Morganton: The Morganton Ghost Walk.

In his lab, he and his team also created the Sunshine Simple Solar Generator for the home, and he promotes a variety of research products related to alternative and clean energy.

As founder of the Wishing Machine Project, he has helped 1000s of people, around the world, manifest their goals using radionics & the mind-body-environment relationship.

Warren has a notoriously busy schedule, and a seemingly unprecedented variety of ambitious projects. For example, in one year alone, 2004, his book How to Hunt Ghosts was released in Portuguese in Brazil; his one-man documentary Alone in A Haunted House was released nationally and, within one month, became the all-time best-selling documentary for its distributor; his research/experiments made the cover of a science journal for the first time; he began work as a professional radio host; produced a national paranormal conference; traveled the country and the Bermuda Triangle/Bahamas on major research expeditions, such as studying "Death Touch" martial artists in Chicago; and wrote, produced, directed, shot, and edited a feature film on a $1000 budget.

Warren has investigated the Tower of London, and led many expeditions, such as trips to the Mayan pyramids in Central America, and an expedition he produced and co-hosted through Transylvania in Romania, conducting scientific tests at places where dramatic historic events related to "Vlad the Impaler" (Dracula) occurred.

Warren operated the Bermuda Triangle Research Center in Puerto Rico from 2012-2018, where he coined the term "OUFOs"

As the inventor of "Para-Cymatics" research, he now divides his time between Asheville, NC, and Las Vegas, Nevada, where he is building a new workshop and laboratory to study activity in the Western United States. In May of 2018, he produced a major event on the Las Vegas strip, at the MGM Excalibur property, called Finding Your Magick, and it's sequel in May of 2021. 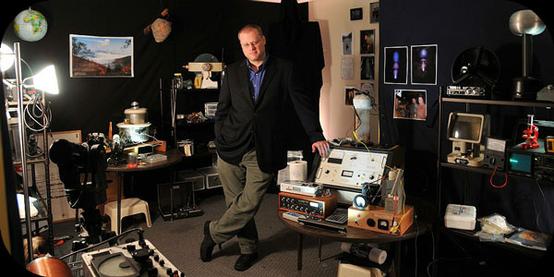 Best-Selling Author of USE THE FORCE : A Jedi's Guide 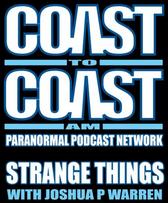